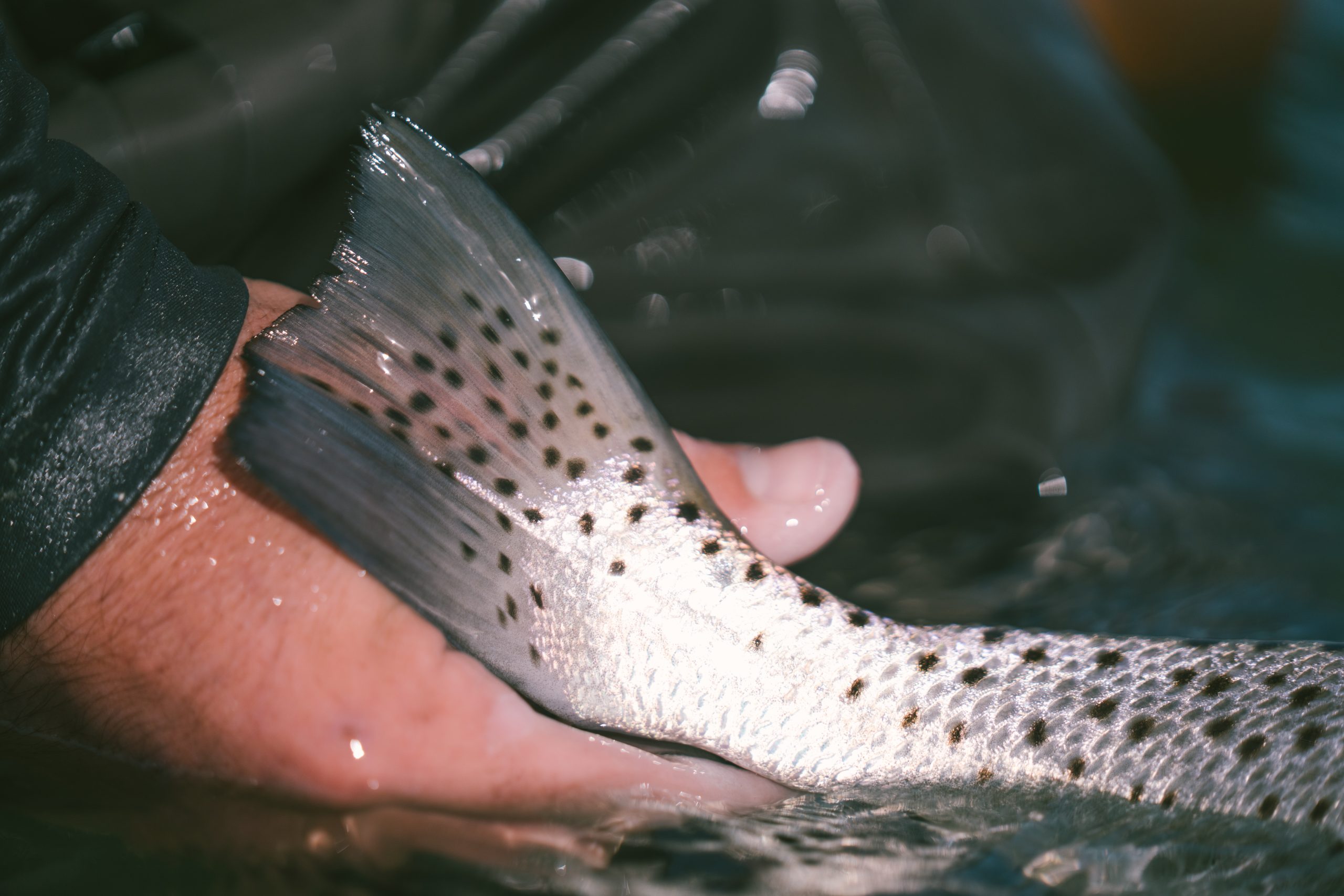 April is here, and a lot of us probably thought it would never happen. We’ve been waiting for spring to arrive by mentally perusing our fishing maps each time our mind wanders. We’ve reviewed the arsenal of baits in our tackle box at least a couple times each weekend. It’s like a fever that can’t be restrained. We have an uncontrollable urge to hunt trophy speckled trout that won’t be fully satisfied until bay waters reach 68-72 degrees. It’s a disabling sickness that torments many speck anglers, and it happens each year when the flowers begin blooming. It’s spring, and the speckled trout delirium that we’ve been experiencing all winter will definitely begin to heighten. Once word spreads that some of the first big-gals of the season have been landed, it’s “game on”.

To catch these fish, you need to know that when it comes to food, they feed on what’s available. Trout that measure up to 12 inches, usually eat a variety of foods like adolescent shrimp and other crustaceans. As trout grow, they prefer small fish like shad and menhaden, then later fish such as mullet, or croaker.

Another of the natural-baits, the glass minnow, is one that is often forgotten and neglected by coastal anglers. The minnows are plentiful in spring, but they’re delicate and don’t live long out of the water. A lot of “old-salts” swear by them, especially when using them beneath lights at nighttime.  However, trout hunters will agree that big trout action doesn’t start until the mullet show up along beaches and shorelines. That’s when things really start to get fun!

Give ‘Em What They’re Hungry For

Everyone has their own ideas about which baits are most effective when chasing big trout. Many will choose baits resembling what trout are hungry for this time of the year as they prep for spawning. With that said, many speckled trout anglers will be throwing mullet imitation plugs almost exclusively this spring. If schools of mullet are blanketing the water’s surface, mullet-imitation top water baits will most often draw a strike. If the mullet rafts are staged below the water’s surface, slow-sinking or suspending mullet imitation plugs will work fine. 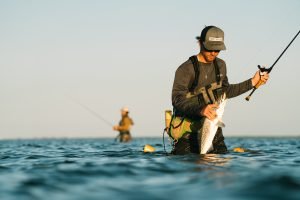 Right now, these big trout can have voracious appetites as they come out of winter and into their spawn. They’ll be craving large amounts of food, and at times will be downright eager to accept your artificial presentation. If you like tossing top water baits, this is the time of the year to enjoy yourself. There’s something special about seeing your lure being tossed high into the air when a big sow trout tries to eat it.

Challenging your surface walker against the wits of the fish is a feeling you just can’t resist. It’s also very satisfying whenever you’re forced to adjust your retrieve in order to match the preference of the feeding fish. Many artificial enthusiasts inherently love the challenge of trying to figure it all out. Some may even say life just doesn’t get any better than top water fishing in springtime! 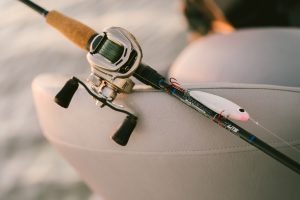 Whatever you determine your bait choice to be this spring, keep in mind its trophy trout you’re after. You can benefit from using larger baits, like the She Dog, Super Spook, and Skitter Walk for starters. For suspending baits, go with the regular Corky, the FatBoy, the Corky Devil, or even the MirrOdine. Have fun out there, be safe, and keep grindin’!