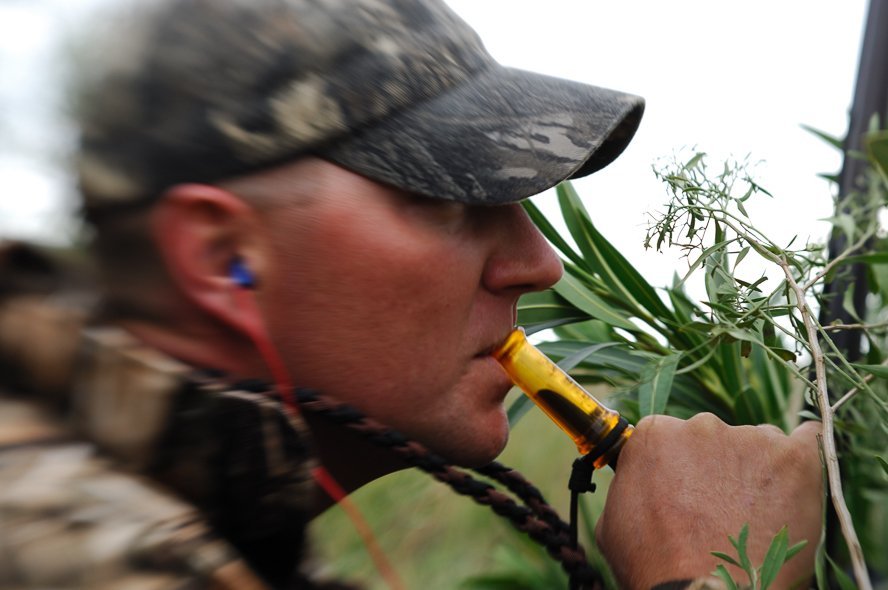 In Part I, we touched on the thrill of duck season, along with some of the clothing items you should consider for being comfortable during the upcoming season. Now, we’re going to begin talking a little about the shotgun you might like to use this season.

To begin, you’ll need a gun that can get the job done. A semi-automatic 12-gauge shotgun is the popular weapon of choice. The size of the 12-gauge shell is definitely big enough to do what is being asked of it, and the semi-automatic action lets you volley a second and a third shot very rapidly when needed. For beginners and younger duck shooters, you might prefer using a 20-gauge shotgun until you get the feel for shooting at the ducks. It’s a lighter gun, and consequently will be more gracious with regards to recoil and so forth. You’ll be able to hit the birds that are landing directly in your decoys, but don’t look to make the long shots. Also, don’t expect to knock a goose out of the sky, as a 20-gauge is simply too light of a weapon for large or long-range ducks and geese.

Another topic for consideration while gun shopping is chokes. Chokes intentionally narrow the muzzle of the gun barrel which, in turn, controls the size and the density of the shotgun shell pellet pattern. If you expect you will be mostly shooting ducks that will be setting down close-in by the decoys, then you may opt for the use of an improved cylinder, which provides a much wider shell pellet pattern. On the other hand, if you’re looking to make some of those longer range shots, you may consider a full choke, which will produce a much tighter pattern. For everything in between a close-up shot and a long range shot, a modified choke will probably fit the bill.  These differing chokes that hunters can screw into the end of their shotgun barrel are really nice. They allow the hunter to be able to use the same gun for different ranges and for a wider variety of different bird species.

Once you settle on which gun you prefer, the next thing you will be faced with is making a decision as to which shells to buy for your duck hunting needs. Making the selection of the right shotgun shell for duck hunting is as important as you having the right shotgun. Lead shot is no longer allowed, so most hunters shoot steel shot today. However, there are other choices besides steel out on the market that include such materials as bismuth, tungsten and a various array of other alloys. Steel is the most common because of its cost, but some of the more avid hunters simply won’t think of shooting anything other than bismuth or tungsten. You’ll be better able to make your shotgun shell decision as you spend more time with your gun. You’ll learn more as you discover what tends to work best for you based upon your gun, your chokes, the distance you’re typically shooting, and the size and type of your primary target. Examining different type shells can be fun and interesting, and can pay off whenever you find yourself in various situations. You may also like to spend a little bit of time at a gun range, or with a friend who can toss some skeet or sporting clays for you. This allows you to sharpen some of your shooting skills before the season starts, or as a general practice throughout the course of the entire year.

As you can see, there are a lot of things one needs to try to learn about the sport of duck hunting. We could continue to talk about such things as the need for you to be able to properly identify the ducks before shooting at them, and the importance of proper camouflage and concealment. We could also discuss the use of a dog when duck hunting, and the strategies and tactics behind proper use and placement of duck decoys. But instead of trying to fill your brain to the point of explosion, we will simply make one last recommendation to you, and that is that you may be better served by hunting with someone who knows about the ducks and how they operate. Whether it’s your grandfather, dad, uncle, brother, neighbor, friend, or a professional duck hunting guide, choosing someone as your duck hunting coach can help you. Things like hunting locations, duck movements and feeding patterns, and rules and regulations are all things that you can learn only from an experienced duck hunter. In the end, duck hunting is a great way to enjoy all that our Texas outdoors has to offer. If you’ve never tried it, maybe it’s time you did! We wish all of you a very safe and successful duck season!