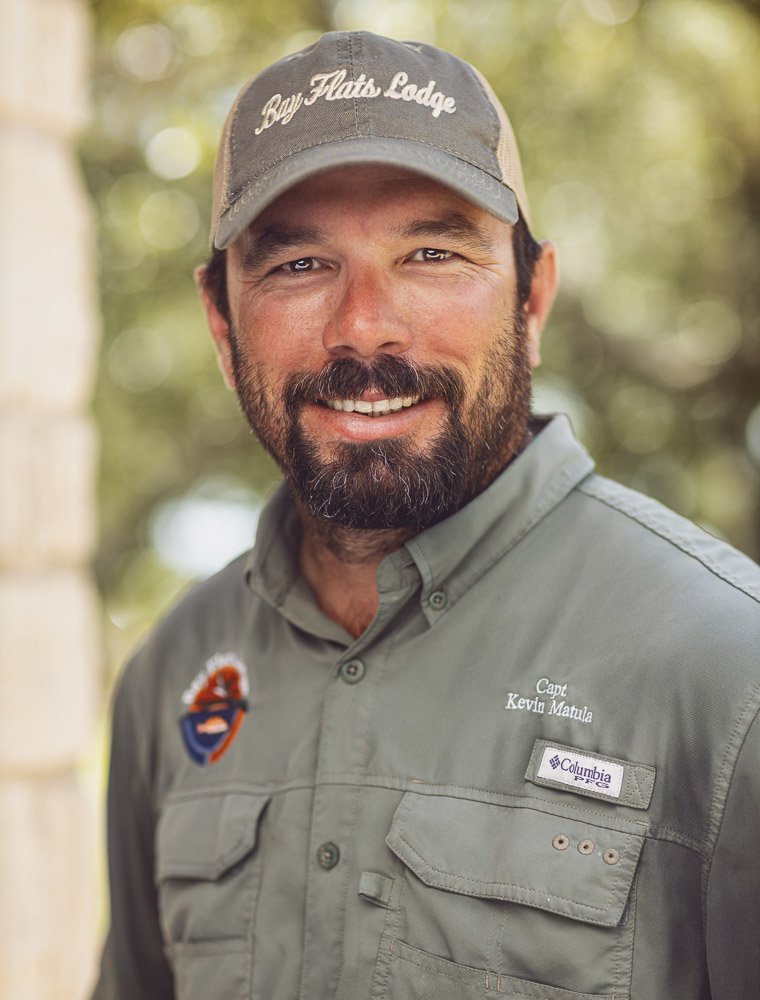 Born and raised in Yoakum, Texas, Capt. Kevin Matula graduated from Victoria High School, and later attended San Jacinto Community College. After his first year in college, Kevin realized that he simply wasn’t cutout for sitting inside a classroom, so he joined the U.S. Navy where he served for the next two years before being honorably discharged.

Upon his release from the Navy, Kevin moved to Oklahoma where he took courses and began training for a career in welding while attending the Tulsa Welding School. Being in Tulsa also presented Kevin with a chance to participate in the fine art of bull riding as part of the North American Bull Riding Association (NABRA). He later moved back to Texas in 2000 and went to work for his uncle’s construction company as a carpenter until he was hired by Harmony Construction at Formosa Plastics in Point Comfort, Texas, as a welder. In 2005, Kevin became a general mechanic for Alcoa’s Point Comfort Operations for more than eleven years before falling victim to a mass-layoff in 2016 resultant of Alcoa’s decision to end all their production efforts in Point Comfort. That’s when Kevin decided to begin chasing his passion for saltwater fishing – a chase which Kevin turned into a career.

Ever since he can remember, Kevin has loved to fish. It all started with a cane pole, some monofilament, a hook, a cork, and a grasshopper (or worm). Kevin recalls spending many days catching perch, bass, or catfish in a pond, and he never grew tired of it. His first taste of saltwater fishing came as just a young boy when he went with his dad to a small town he had never heard of before, Indianola, Texas. They took his dad’s little fiberglass boat, and they camped on what is now known as the spoils in Lavaca Bay. It was love at first cast in the saltwater. Kevin stayed awake all night fishing. Although he only caught hardheads, he couldn’t get enough of it. That was also the first time Kevin got a taste of wade fishing. After that, he was hooked.

It was nearly a two hour drive from Kevin’s house to the bay, so he didn’t have many chances to fish saltwater while growing up. However, he started fishing saltwater on a regular basis when he moved back to Texas in 2000. Saltwater fishing soon became Kevin’s “drug-of-choice” – wading in the water as the sun came over the horizon, seagulls gawking, waves lapping the shore, and throwing the old original tout tails. His passion is wade fishing with artificial baits, and his experience doing so, is what he has to offer his clients. Treat yourself to a fun-filled day out on the water by requesting Capt. Kevin Matula during your next stay at Bay Flats Lodge.