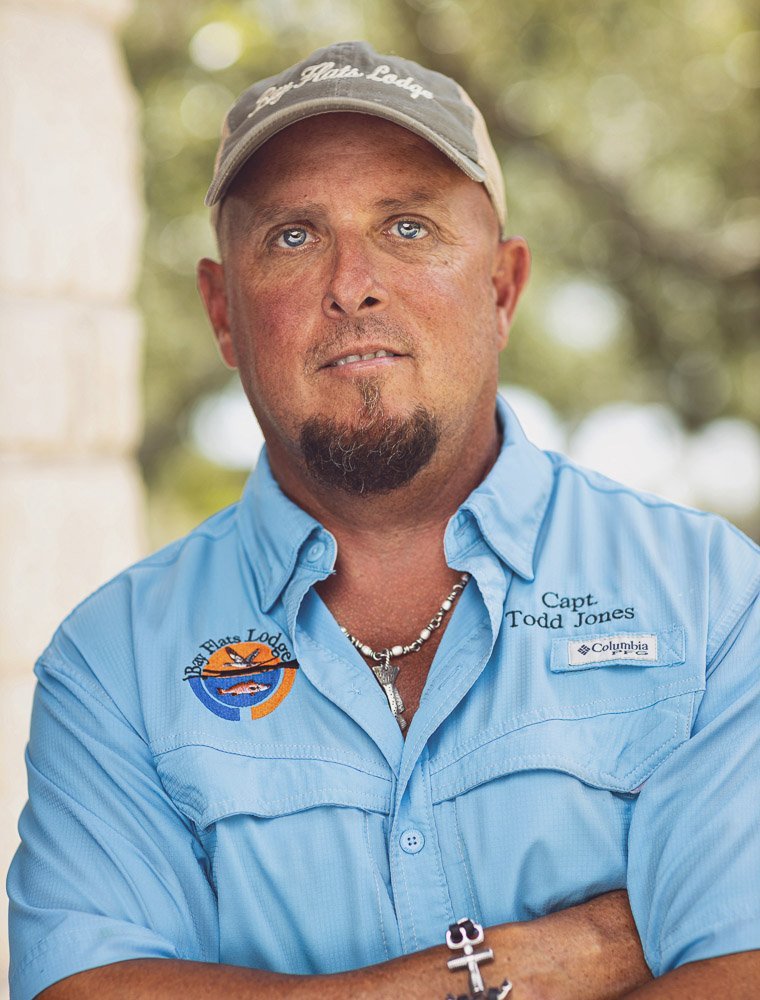 Capt. Todd Jones was raised by his grandparents in Victoria, Tx, and spent his early years with his grandfather down on the Texas Gulf Coast, between the two small fishing communities of Seadrift and Port O’Connor. He must have swallowed just enough saltwater over the course of those early years to keep it permanently coursing through his veins, because he hasn’t been able to wander too far away ever since.

Capt. Todd married shortly after graduating from Victoria High School, and after one year of college he realized a better course for his family. He enlisted in the United States Marine Corps, where he served four years stationed at Camp Pendleton while assigned to HMLA 367, MAG 39, a helicopter squadron. After being honorably discharged, Capt. Todd decided the west coast was just too far from the salt waters of the Gulf, so he and his family returned to Victoria.

After attending the police academy, Capt. Todd served as a police officer with the City of Victoria, as well as the Victoria County Sheriff’s Office. He spent time as an undercover narcotics officer, patrol officer, and a detective.

At a crossroads, Capt. Todd decided to return to school, pursuing an interest in the healthcare industry. He then spent several years in a managerial position in the nursing home industry, providing long term care for the elderly, who have always held a special place in his heart.

From there, Capt. Todd decided it was time to take the leap and dedicate himself to a passion that he feels is his true calling.

Capt. Todd has spent years in the many back lakes in the San Antonio Bay area casting to tailing or cruising redfish, seeking that adrenaline rush of witnessing a redfish just before it turns on a lure in a torpedo-like motion and latches on. He also enjoys that solid thump of a hungry speckled trout when it grabs your croaker, or as it inhales your plastic bait when you twitch it a few times. Those are a couple techniques Todd has learned on his own over the years, but there are many others he learned through the vast knowledge of other experienced anglers.

12 Days Of Christmas with Deals & Gifts Happening Everyday – through December 15!