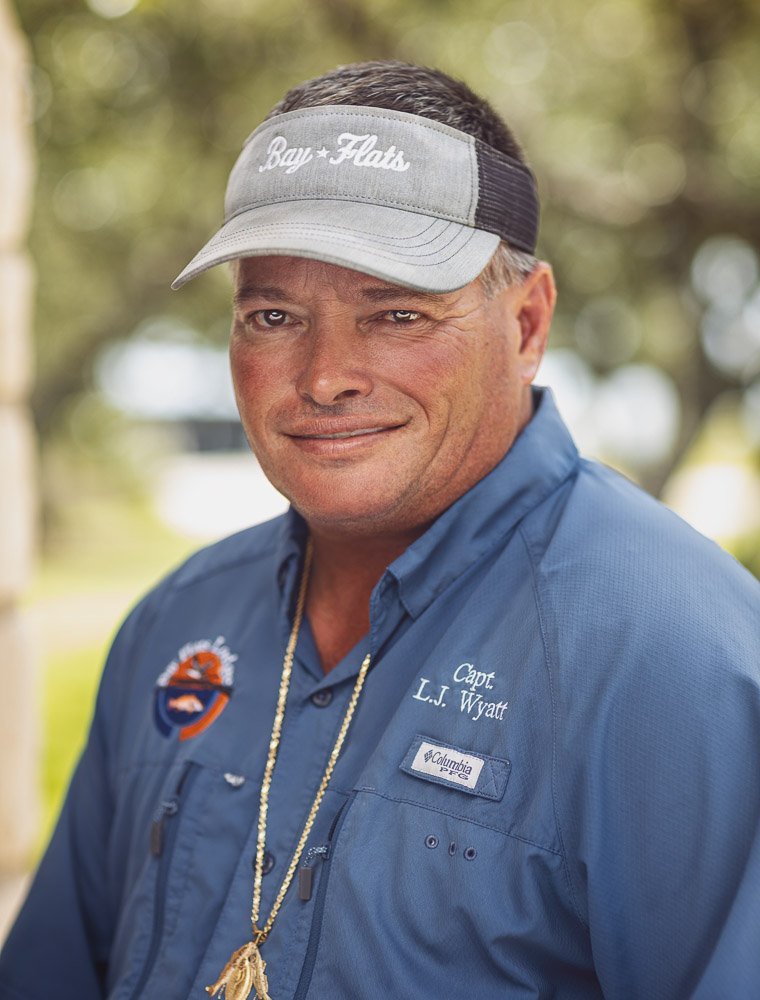 Capt. ‘Lil John Wyatt has been fishing along the Texas Gulf Coast most all his life, and he has been doing it professionally now for more than twenty years. His amazing love of the outdoors, and his experience in wildlife and agricultural management of a 500-acre ranch near Seadrift, has allowed him to build lasting relationships with many of the guests he has hosted over the years. Additionally, his talent and extreme professionalism has provided him with a truly gifted ability to mentor to novice sportsmen in all aspects of hunting and fishing.

Those who know him may say Capt. ‘Lil John is a natural-born hunter and fisherman, as he enjoys nothing more than being afield or out on the bay. His vast hunting knowledge extends beyond his world-class level of trophy whitetail deer, dove, turkey, and even the ever-popular feral hogs, as well. But that’s not the end of John’s hunting knowledge. He has also made a name for himself over the years as being well versed in the fine art of hunting trophy speckled trout and redfish with artificial lures along the shallow bay shores of Port O’Connor and Seadrift.

John currently fishes out his beautiful El Pescador 24 Cat that makes plying the sometimes-angry waves of the open bay, or the skinniest waters of Matagorda Island’s back lakes, seem like a walk in the park compared to other boats out there these days. But not only does he have a smooth riding boat, John also possesses an ability to smooth the edges of a long day of hunting or fishing for his customers through his passion for cooking, which he has been doing for quite some time now.