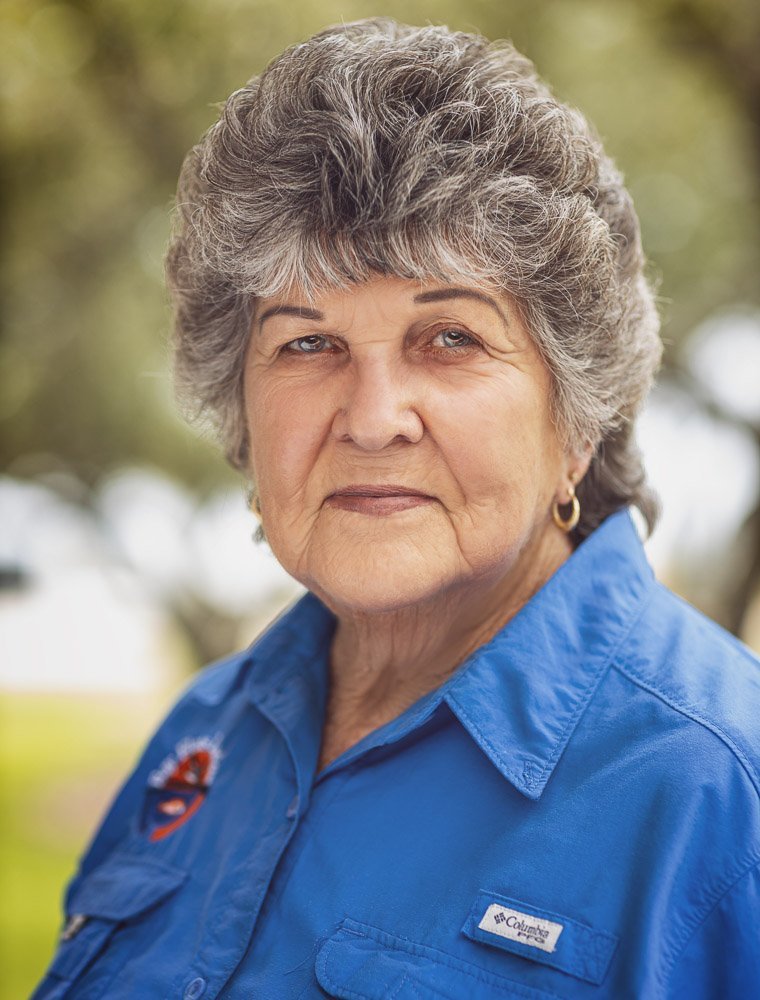 Gloria was born and raised in our small coastal town of Seadrift, Texas. She loves the salt air and atmosphere of Seadrift, and has lived here most of her life. She actually moved away for a while when she married a U.S. Navy man. She and her two children traveled a lot throughout the years, but they all decided to move back to Texas where they all now live. “There’s no place like Seadrift”, Gloria says!
Gloria began working at a very young age, and has spent her entire life doing just that – working. Although she spent some time in the construction industry, she always reverted back to waitressing in the restaurant business, and primarily for most all of the Seadrift restaurants that have come and gone over the years. She has always enjoyed working with the general public, as she likes meeting and talking to people. She loves finding out where folks are from, and making sure they feel as though they’re welcomed back. Gloria has made many friends throughout the years, and that’s why she enjoys being a part of the Bay Flats team – you always get to meet so many new people from all over the world.
See Newer Posts See Older Posts