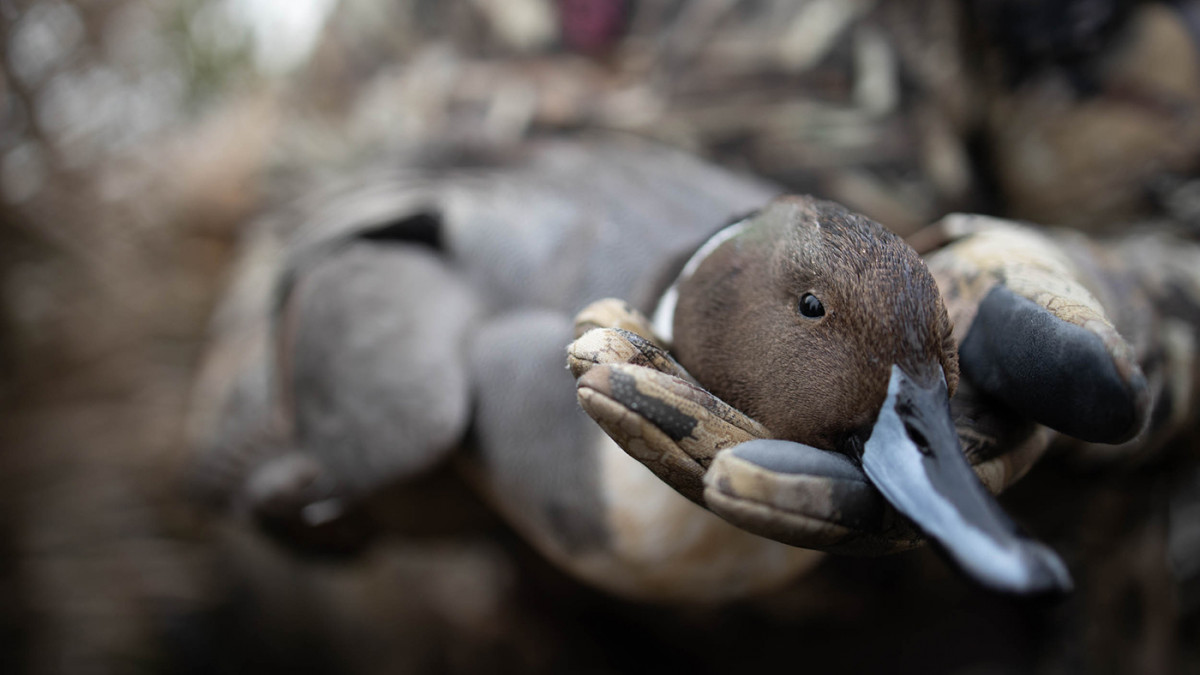 If there’s one thing we know about waterfowlers, it’s that they are a special breed of hunters. They’re up before the dawn, endure Mother Nature’s finest wet weather and sideways winds, and work tirelessly to perfect their spreads – yet they do it with a smile and their eyes turned to the sky in hopes of catching a glimpse of some early flyers on their annual migration.

Like other hunters, waterfowlers spend countless hours prepping for the season. Those few months in the offseason can feel like an eternity. And during the season, a few days between hunts can be torture. But there’s plenty to do to get ready. Guns and calls need to be cleaned, blind bags need to be prepared, decoys need to be checked and lines untangled, dogs need to be trained and engaged, and hours are spent scouting for birds and watching the sky. Most importantly, blind snacks need to be packed.

But unlike other hunters, waterfowlers must also pay attention to the migration. Migrating birds are what make or break a waterfowler’s season. Although the Flyways don’t change, migrating patterns change every year. Some years the birds fly through an area early, other years it could be weeks later than previous seasons. Adjusting set ups, hunting new locations, and changing plans to hunt when birds are flying – that’s what separates a casual duck hunter from a waterfowler. And it’s all driven by the annual waterfowl migration.

Waterfowlers come in all different shapes, sizes, and experiences. They come from different backgrounds and execute different strategies. But they’re a special breed of hunters and share one crucial thing – passion.

We spent the 2020 season chasing the migration across the country with four hunters. Waterfowling is their passion – these people grind. They work hard for their hunts and care about their set ups. They are renegades in pursuit of living out their obsession.   Each one faces unique challenges as they adapt their tactics to the landscape, try new set ups, adjust their spreads, and play the weather.

Who are these four hunters?

Courtney Nicolson loves hunting, but her greatest joy is helping others get into hunting and mentoring other female hunters. Waterfowl hunting in Colorado is difficult with limited water, so thoughtful land management along the South Platte River is critical for her season. Casey Smith is pursuing the Ultimate Waterfowlers Challenge grand slam and has harvested 32 of 41 North American duck species. In his home state of Utah, he hunts frozen marshes and seeks pockets of open water as birds migrate from Canada with his mentor and friend. Marcus Gores lives and breathes hunting. He’s an accomplished big game hunter and is a member of a duck club in Oregon. More than anything, duck hunting is about spending time with his family.  And enjoying snacks in the blind together. Sallie Doty didn’t grow up hunting but has pursued South Dakota pronghorn and deer relentlessly in her adulthood. She has taken up waterfowling in recent years and has found a new species for her wild game cookouts. These four hunters each encounter different environments and set up their blinds and spreads differently. But what doesn’t change is that birds are still birds. Join us as we follow each of them to hunt in their home states and reunite together at the end of the season to experience what the Migration is all about.