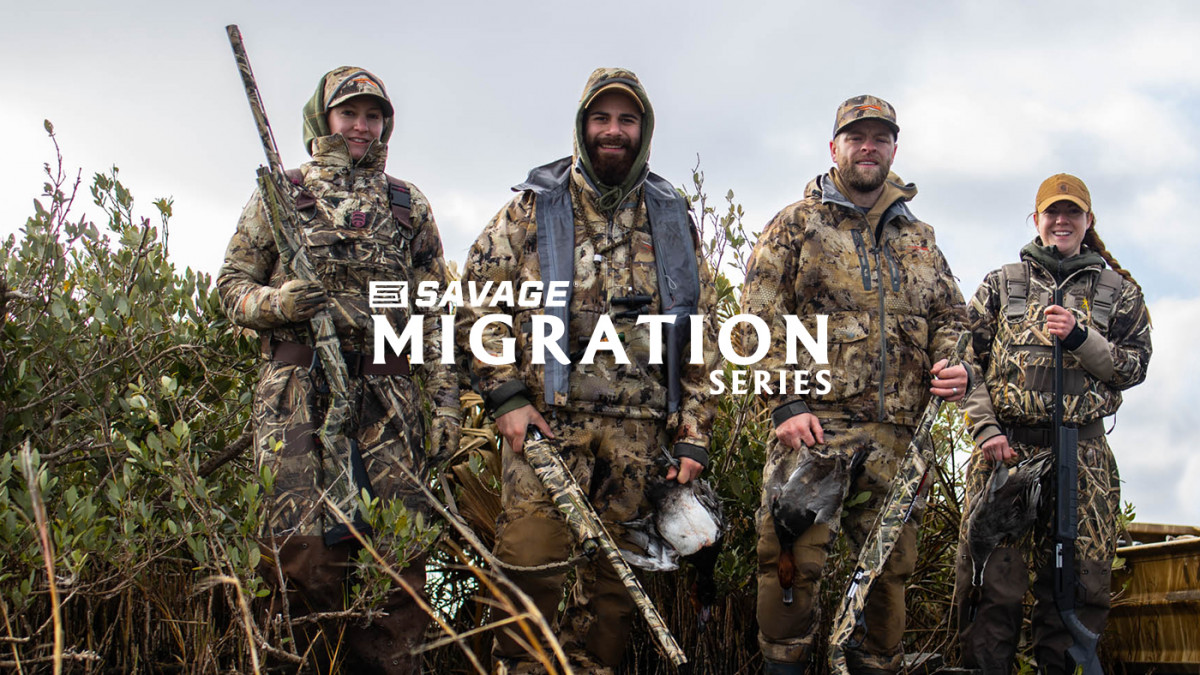 Hunting a new location is always a thrilling experience for any hunter, especially waterfowlers. There’s so much to know about duck hunting – species identification, migration patterns, optimal set ups and spreads, how all the gear functions together, how the birds interact with the local landscapes, weather conditions, the list goes on. Most hunters tend to develop skills and an instinct about how to hunt birds in their local area, but there’s nothing that compares to adapting your knowledge of birds to hunt in a place you’ve never been before.

You try to control as much as possible – gear, “your spot”, and preparation. But you can’t control Mother Nature. You can’t control where the animals are moving and when. We all like to think we can pattern them, and maybe we do a good job – most of the time.  And that’s what keeps us going back for more, to chase new experiences. 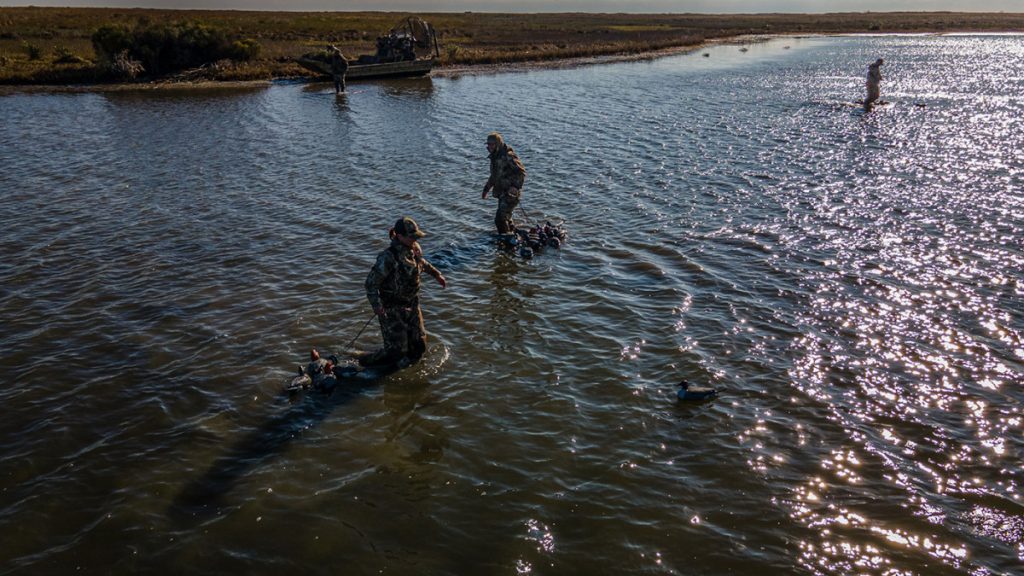 Ducks are hunted in vastly different environments across the country – from flooded timbers to ponds, from coastal bays to winding rivers, and from frozen marshes to flooded fields. Ducks are hunted for different reasons – the comradery and time spent in the blind with family and friends, the opportunity to shoot a trophy bird of a lifetime, the drive to try something new, or simply the desire to hunt. No matter where, how, or the reason why, waterfowlers all share the same passion for birds.

At the beginning of the 2020 season, we set out to see how four waterfowlers hunt in their home states and to understand what drives them. All were hunting in different environments and setups, but birds still act like birds – and each of them experienced the Migration in their own way.  These determined hunters faced unique challenges in 2020, but that didn’t hold them back from living out their obsession.

Courtney Nicolson frequently hunts on a section of the South Platte River in Colorado that has been managed for ducks. After moving to an unfamiliar area, she found herself searching for friends who shared an interest in hunting. Now she is compelled to share her love of hunting with new hunters and continue to make lifelong friends in the blind. 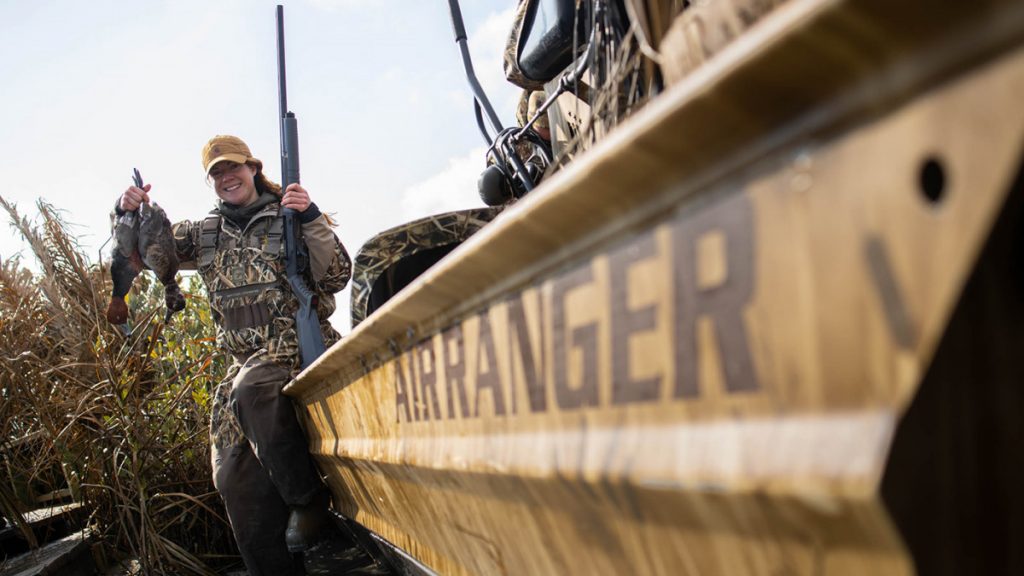 Casey Smith’s setup looks a little different. Hunting a frozen marsh in Utah, he lays amongst the silhouettes on the ice in a white suit. He learned to target pockets of open water and set up this particular spread by learning from an expert waterfowler, who became his mentor and friend. 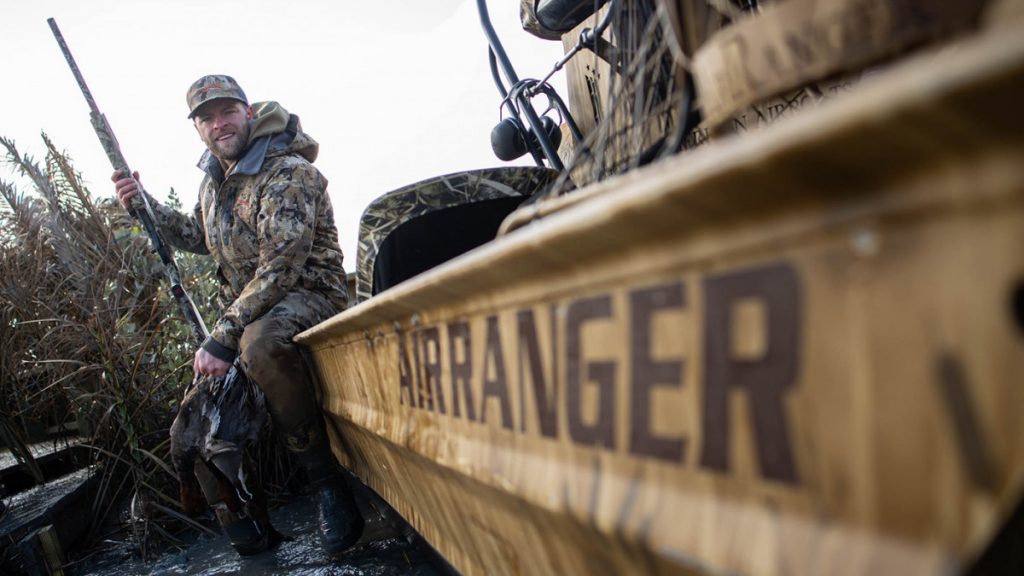 Marcus Gores is an avid big game hunter. He recently completed his Super Ten – an impressive accomplishment. When he’s not chasing big game around the world, he finds himself at home in the blind with his family. They hunt a lease in Oregon where bad weather means good duck hunting. 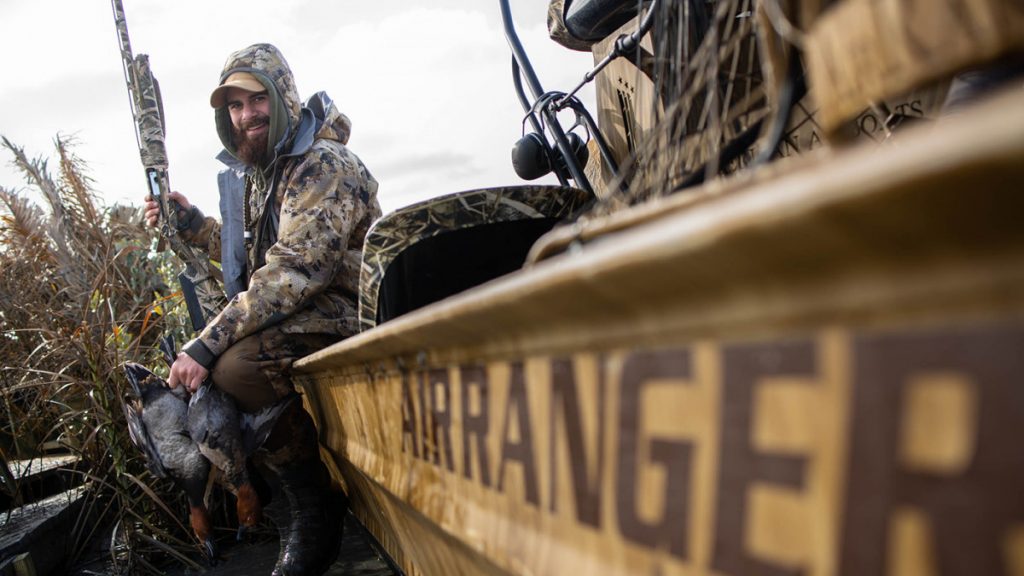 Sometimes duck hunts don’t go your way, sometimes the migration isn’t where you expected, and sometimes you come up empty-handed. Sallie Doty’s duck hunt didn’t go as planned in South Dakota, but she didn’t want to waste an afternoon and had a different local bird in mind to hunt. Pheasants don’t migrate, but they sure taste good! 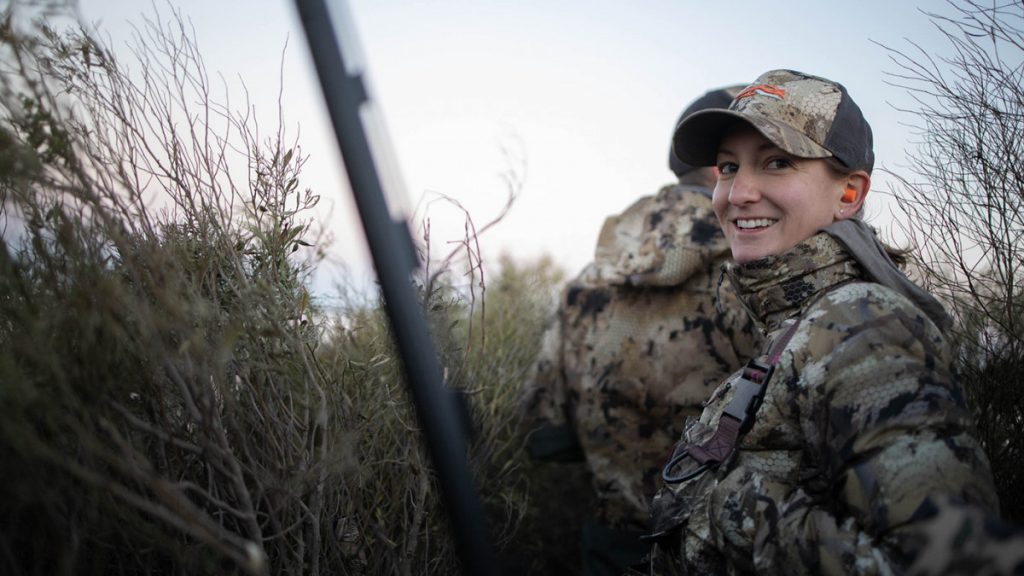 At the end of the season, we united them to meet each other for the first time and hunt together in Texas for a whole new experience. None of them had hunted the Gulf coast of Texas before. The palm trees, warm weather and mild wind were a far cry from their normal hunting conditions back home. This particular time of year and setup was Redhead paradise – birds were everywhere, and the action was non-stop. Favorable wetland conditions and a mild winter through the central United States in 2020 allowed a large number of ducks to spread out and stay in the wetlands longer than they typically do this late in the year. Although Bay Flats Lodge saw fewer birds in the 2020 season than in years past, hundreds (if not thousands) of birds flew overhead on the first day and our hunters were amazed to see so many groups coming in. From Pintails to Redheads, from Mallards to Widgeon – you never know what might fly into your spread in Texas.  Seasoned hunters left Bay Flats with the exhilarating experience of picking their shots amongst flocks of birds on their migration south. 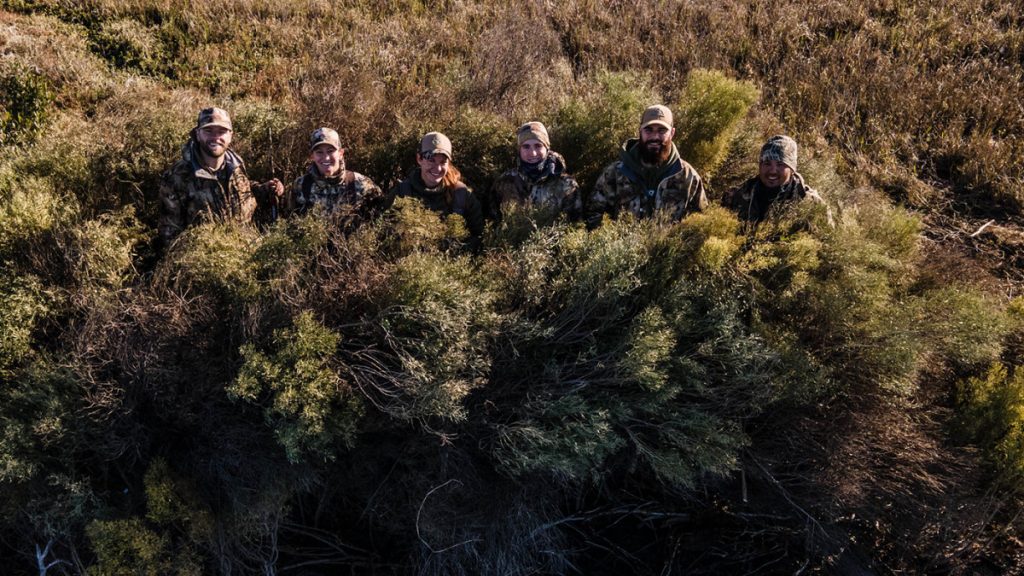